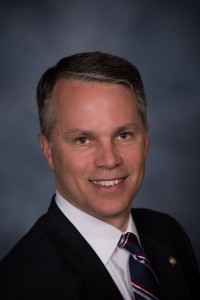 “We do consider that a crisis because we need skilled and trained people and professionals to be out providing the services throughout,” says McKenna. “We recognize that we’re not alone in state government with this and in fact, sometimes when you look at the numbers of the Department of Transportation relative to other agencies, you might think we don’t have a problem.”

McKenna says the turnover rate is generational, but indicates pay is also part of the problem.

“Kansas City – we have a turnover of nearly 200 professionals a year going on,” says McKenna. “In St. Louis – over 150. That’s an extraordinary load.”

In FY17, 554 workers left the department through termination, retirement or voluntarily. The following year, the agency had 611 employees depart. In FY19,
679 workers did.

“Just the challenge of replacing those folks and getting them trained and ready to go is extraordinary,” says McKenna. “But we also calculate the cost of that turnover to the taxpayers – both the hard and soft costs, as well as leave payouts. It well exceeds 30 million dollars a year.”

KZRG is working to see what type of jobs the department is in greatest need of filling and what the average pay is for them.